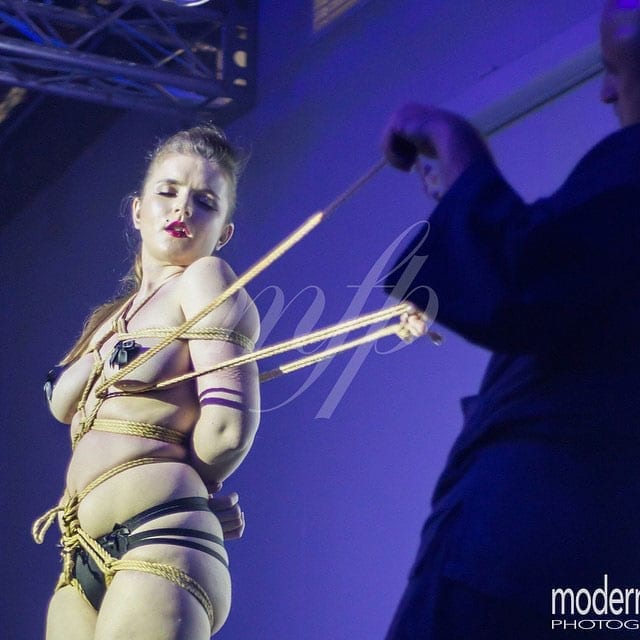 The adventure began in 2006 on one of my first visits to Hellfire, Sydney. Here I met a man called Mark (who I’d heard very good things about); including that he loved to tie people up. I smiled at him and asked: “Excuse me? If you’re not busy would you like to tie me?” His answer was: “Hell yeah!” I soon discovered the magic beneath the strands and Mark has been tying me ever since. Together we have perfected our own unique style of Japanese inspired rope bondage. I fast became known for my signature rapid transitions and acrobatic manoeuvres in rope suspension, and earned the local nickname of ‘flygirl’, which stuck – and has followed me all over the world. We both get so much satisfaction out of inspiring other like-minded people and friends along the way through our performances and workshops – whilst never forgetting that rope is our pleasure.