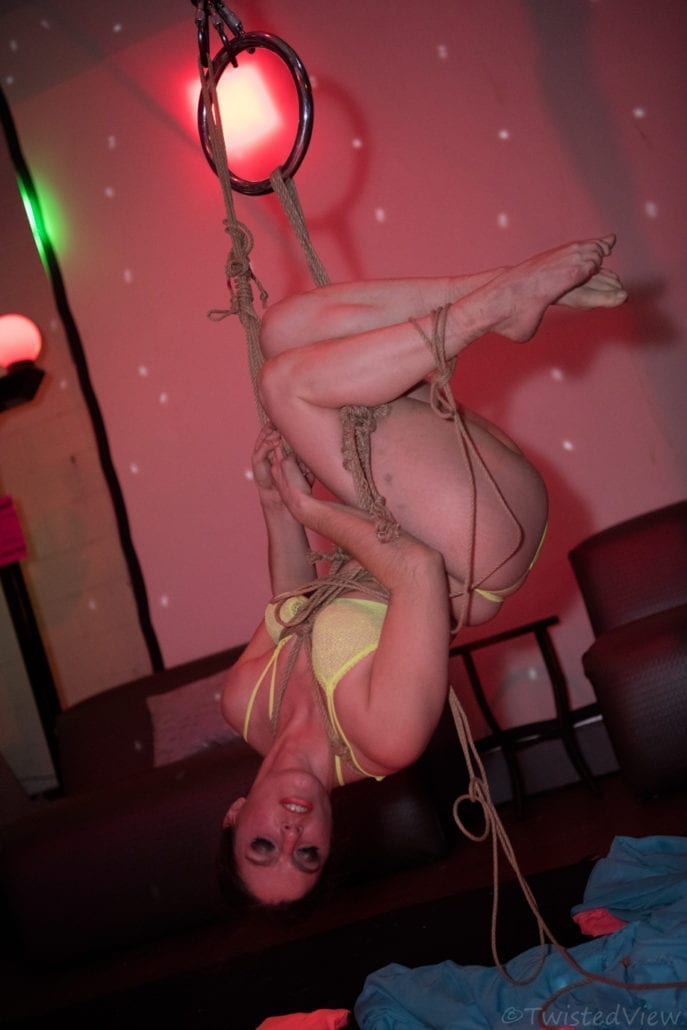 Linworth started her general kink career in the cornfields of Ohio in 2007, and four years later fell into the world of rope. Maniacally hooked, just one year after that she threw herself into the deep end by driving to Toronto for a weekend of performing at Morpheous Bondage Extravaganza. Since then she has appeared in that exhibition as well as others, attended the first NARIX in 2014 with a 2017 follow-up, and moved to the “big city” of Columbus where she is based as an international organizer, presenter, and performer.

Always up for a challenge, her favorite forms of rope physically test her endurance and flexibility, as well as the mind and spirit of herself and her tying partner. She views rope as both an art form and a science, and is constantly marveling in all of the possibilities it presents. Performance continues to be a great drive in what she does, having a personal background in the arts. She is continuously dreaming up playlists, sets, and costumes.

While most of her experience is in bottoming self-suspending, she is avidly studying tying others to gain a more holistic view of rope skills. One of her biggest goals in rope is to help spread the knowledge she’s picked up along the way, as well as grow alongside others in order to further education and community.