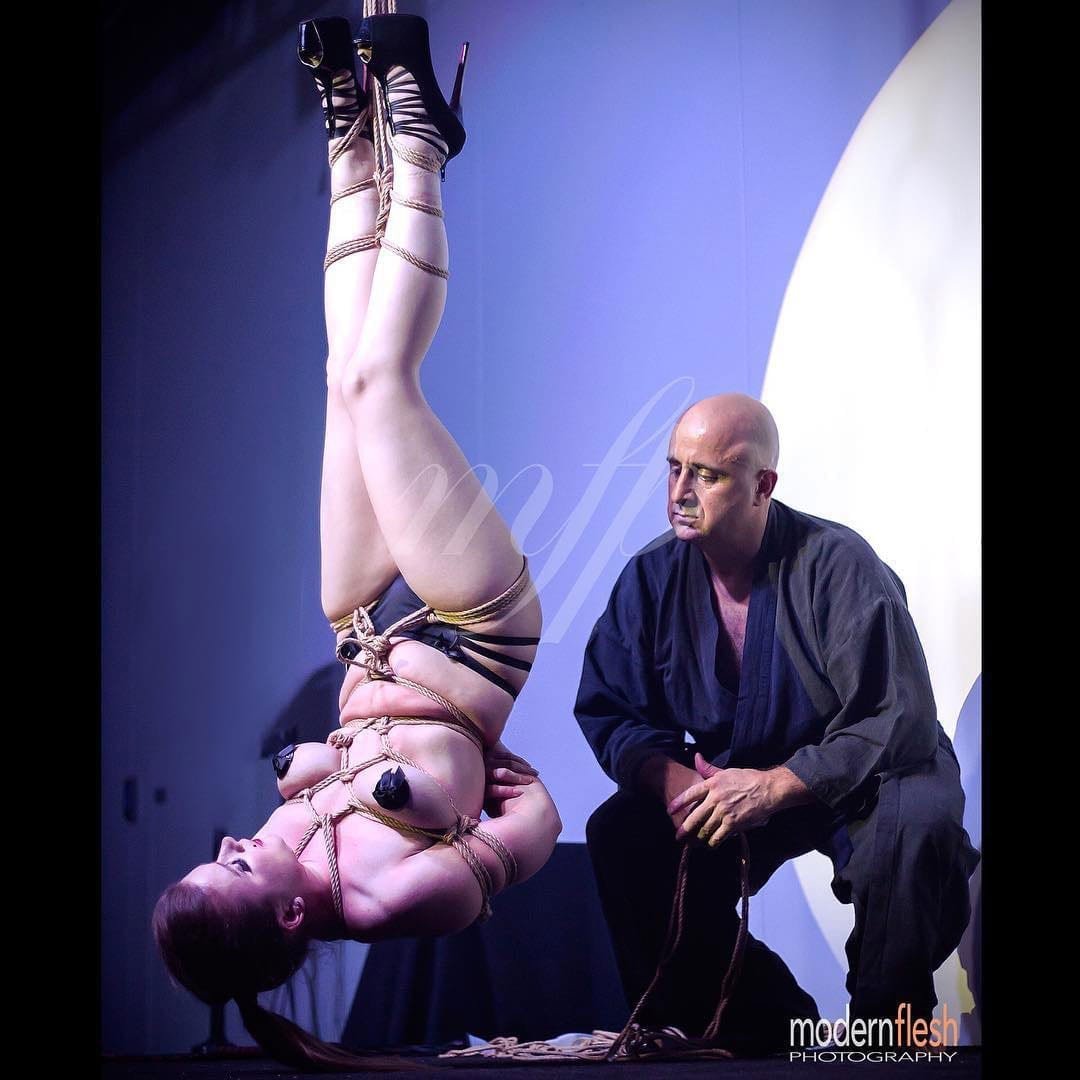 Mark is renowned for teaching and performing advanced Japanese rope bondage. His performance style combines his intense sensuality, undeniable dominance and innate skill. Each performance is a creation of dynamic Japanese rope bondage and SM imagery. In 2006 Mark travelled to Japan to tie with his friend Osada Steve. This friendship with Steve has had a strong influence on his bondage style, which follows in the Akechi Denki lineage. Mark has always believed in the importance of spending time with people of interest for inspiration and has tied many times with his friend Hajime Kinoko, after accepting an invitation to perform at the inaugural Toubaku in 2011. Most recently Mark and Nawashi Kanna have shared quality time together exploring rope forms, to further embed the Akechi Denki traditions in Marks’ rope style. Mark has also spent time tying with Yukimura Haruki and both have similar beliefs regarding erotic rope energy.