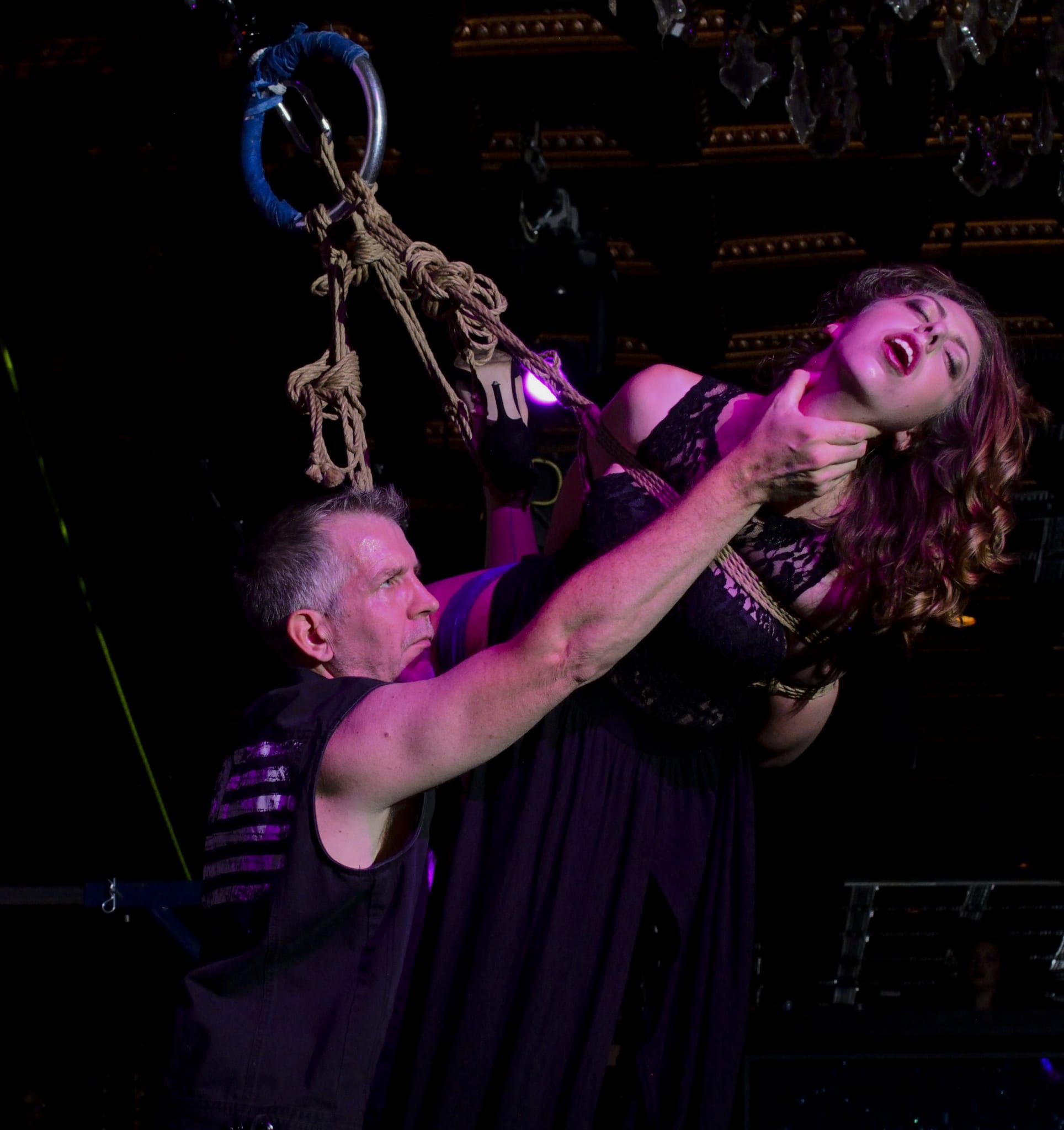 TwistedCupcake (He/him) identifies as a sadist with dominant and daddy tendencies. He began his public kink journey in the fall of 2012. He quickly realized that in order to obtain the ability to do the types of mean fucked up things he wanted to do he would have to dedicate the time and focus into learning. He actively began to seek out instruction from various tops he saw at events, attended cons and workshops. After some time, the shift occurred in which new people were asking him to help them in their learning. The opportunity to give back what was given to him was fulfilling. Being an educator in his professional life, he wanted to help while giving back to the community he had gotten so much out of and has been fortunate to have been allowed to through out Texas and North America.

Mari (She/her) is a cisgendered pansexual polyamorous bottom with masochistic tendencies and a love for all things rope. She tumbled down the rabbit hole 4 years ago and never looked back. Since then she has fallen in love with many kinks while finding her authentic self. This combined with her passion for knowledge sharing has led her to present at cons and local kink events. Her main goal is to help keep people risk aware while finding and exploring the things they love on their kinky adventure.